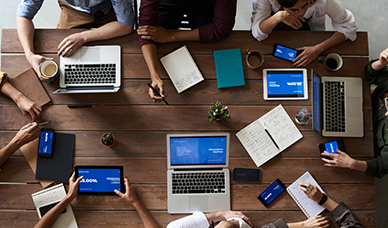 3. where are the two speakers?

4. how many hectares(公顷)does the nature reserve have?

5. which team won the game?

6. how is the weather in beijing tomorrow?

7.how many seasons are mentioned(提到)in the conversation?

8. a. the school gate b. the cinema gate c. wildlife restaurant

11. whose house did the hole lead to?

12. what were the snakes doing?

13. how did the little mouse’s mother feel?

a. she felt s leepy. b. she felt afraid of the snakes.

c. she wasn’t afraid of the snakes.

14. when did the story take place?

a. on a winter afternoon b. on an autumn morning.

c. on a winter morning.

15. what can we learn from the story?

16.i saw___elephant in the street yesterday.it was my first time to see___biggest animal on land.

yes. teachers and their parents should prevent them _________ too much.

a.eat b. have just ate c. was eating d have just eaten

27. animals are in danger and there will be space for them if we don’t

29. i hope all of you good results in this final exam.

a. to bring b. to take c. bringing d. taking

yesterday evening, when i went to town 31 my mother, we met a strange old man. it was raining 32 and we had no umbrella. we were trying to 33 a taxi when he came up to us. he was carrying a nice umbrella and he said that he would give 34 for only a pound. he had forgotten his wallet, he said he needed a taxi to go back home. my mother didn't believe what he had said at first, and 35 him a lot of questions. but she finally believed the man and gave him the pound. she was happy to 36 a good umbrella for so little. but the old man didn't get into a taxi. we walked 37 him and found he went into a pub and bought himself a glass of 38 with the pound. after he drank it, he 39 his hat and took up one of the many wet umbrellas there and went off with the new one. soon after that, he 40 it again. mum said “this old man wasn’t kind, no one won’t have pity on him if he always does like this ”

we surveyed(调查)300 young people on what they like to do at weekends. one hundred people are from the ages of 11-18, one hundred 19-26 a nd one hundred 27-35. the following shows their answers:

41. how many people enjoy playing computer games in the 11-18 group?

a. watching tv b. going to the movies

43. which two activities do most of the people doing?

c.watching tv and going to the movies.

d.playing computer games and going to the movies.

a. watching tv b. taking a walk

45. which of the following is true?

c.people between 19-26 don’t like playing computer games at all.

when some plates(版块) of the earth move suddenly, an earthquake happens.many earthquakes begin under the sea. earthquakes may happen anywhere on the earth. they often happen near the mountains.

during the ear thquake, the shakings make rocks rise suddenly and even

crack(断裂)open. houses fall, people are killed or hurt, and sometimes the whole villages or cities are destroyed. can we do something to keep ourselves safe from earthquakes? scientists have studied earthquakes and make maps that show the “ earthquakes belts(带)” in areas in these belts, it’s possible for earthquakes to happen. in these areas we should build strong houses to fight against earthquakes.

in the future, scientists will be able to tell when and where an earthquake will before they happen. they can also tell people what to do and how to do it.

a. in the area b. on land c. at night d. next to mountains

a. the result of rock sudden movement b. rocks’ cracking open

c. that there are so many plates on the earth. d. that the sea is too deep.

a. what kind of houses to build

b. what kind of houses can stay up in an earthquake

c. where earthquakes may happen

d. how to keep themselves safe during the earthquake

b.because of a map showing the “earthquake belts”

c. because we can guess the date and place of earthquakes

d. as scientists know what to do and how to do it.

years ago, i lived in a building in a large city. the building next door was only a few feet away from mine. there was a woman who lived there, whom i had never met, yet i could see her seated by her window each afternoon, sewing or reading.

after several months had gone by, i began to notice that her window was dirty. everything was unclear through the dirty window. i would say to myself, “i wonder why that woman doesn't wash her window. it really looks terrible.”

one bright morning i decided to clean my flat, including washing the window on the inside.late in the afternoon when i finished the cleaning, i sat down by the window with a cup of coffee for a rest. what a surprise! across the way, the woman sitting by her window was clearly visible. her window was clean!

50. the writer couldn't see everything clearly through the window because_____.

c. the woman lived nearby  d. the writer was near-sighted

a. the woman was sitting by her window

b. the woman's window was clean

c.the woman did cleaning in the afternoon

the world we live in is full of amazing things. do you know the following things?

★chocolate tastes nice but it may make a little dog die.

★our ears and nose become bigger when we grow up but eyes keep the same after a person is born.

★you may think a bear walks slowly. in fact, it can run as fast as a horse.

★cats won’t die if they fall off very high places because they can turn themselves up the right way.

★the largest animal on the earth is the blue whale (鲸). it weighs about 80 tons (吨)—more than 24 elephants.

★most animals will die soon if they lose the head. but a cockroach (蟑螂) can live for nine or ten days when they have no head.

★not all birds can fly. about forty kinds of birds can’t fly, like the penguin (企鹅) and the ostrich (鸵鸟).

some questions in a week.

in the forest a group of birds had a happy life ,a man came to the forest to c 74 these birds. he put a lot of rice on the g 75 and then put a net over the rice. after that, he climbed up a nearby tree to w 76 for the birds. the birds soon arrived. they saw the rice and flew down to eat the rice. suddenly, the leader of the birds shouted. “wait! no one leaves rice on the ground l 77 this. someone is trying to catch us.” but no one listened to him and they went on eating. they had only eaten a little when they w 78 _

trapped in the net. the man got dowm from the tree and walked over to the birds.the birds were very n 79 _when they saw the man c 80 . “ what will happen to us?” thought the birds. then the leader s 81 , “ quickly,let’s fly toghther! one,two,fly!” in the e 82__ ,they lifted the net together and f 83 into the sky with the net.

being safe in your everyday life needs knowledge. if you remember the following information ,your life will be much safer. always notice the environment around you. you shouldn’t walk alone outside. make sure where the public phones are. if anything b happens ,you can find them easily.

your bag should be carried towards the front of your body instead of putting it on your back. when a bus is filled with people, it’s easy enough for a thief to take away the things in the bag on your back.

if you are followed by someone you don’t know, cross the street and go to the other way, let the person understand that you know he or she is after you. next, don’t go home at once.you are safer in the street than your are alone in your home or in a lift(电梯).

if you have to take a bus to a place far away, try to get to the stop a few minutes earlier before the bus leaves. this stops other people from studying you. on the bus, don’t sit alone. sit behind the driver or with other people . don’t sleep.

87 where are you safer when you are alone, in the street or in a lift?

88. where should you put your bag when you go out?

w: yes, but jack, jim’s brother, has a small nose and big eyes.

4. m: how big is this nature reserve?

5. w: hi, mike! i didn’t watch the basketball match on tv yesterday. was there anything interesting?

m: yes. the match was between the rockets and the lakers. yao ming did a very good job. he helped the rockets win the game.

w: it’s snowing, but it’s not very cold. the radio says it will be sunny tomorrow.

m: does it often snow in winter?

w: not very often, but there is much ice.

m: what about spring there?

w: it’s quite warm, but winds are strong sometimes.

m: which season do you like better, spring or winter?

our school plans to go to zhalong nature reserve to watch birds. here is the plan of the day.at 9.a.m, we will meet at the school gate on sunny street. the bus leaves at 9.25a.m. then we’ll arrive at zhalong nature reserve at 10.a.m. after we arrive there, we’ll do birdwatching, and count birds. at 11.45a.m, we must get on the bus in front of wildlife restaurant. it will bring us back to school.

please come and support our activity.

one winter afternoon, a little mouse went out for a walk. suddenly, the mouse saw a hole. he thought it must be his friend’s, so he went into it.

to his surprise, it wasn’t a mouse’s house, but a snake’s. several snakes were sleeping there. when they saw the little mouse, they didn’t pay attention to him or try to catch him. they just went on sleeping. the little mouse was afraid and ran away.

/ how to make your everyday life safe